The Song of Norm

I can never begin to express my thanks and gratitude for the messages of love, support, and shared grief that I received here at the blog, over on Facebook, in my personal e-mail box, etc. Those messages, along with the people who sent them, mean the world to me. While we "hang in there", continue to process the week's events, and try to move on... The Song of Norm still sings in my head. I'm still not ready to discuss the end of Norman's song. That will come soon. Today is for remembering him with happiness (and gratitude that such a gentle loving soul entered my life).

When I first began haunting the shelters and their websites in late 2011, I was looking for a senior female kitty... a torbie to be exact. The late, great Madame Einstein left a hole in my heart that I was looking to fill. I spent quite a bit of time at the humane society's outpost in a local Petco store, so much so that I was known as an unofficial volunteer who worked on cat socialization. I hung out with the older ones, the "strange" ones, the long timers who never seemed to get enough attention. There were two older ladies there who never showed me the time of day, a calico and a torbie. No matter how hard I tried, they weren't interested. Someone else, however, made an instant connection. 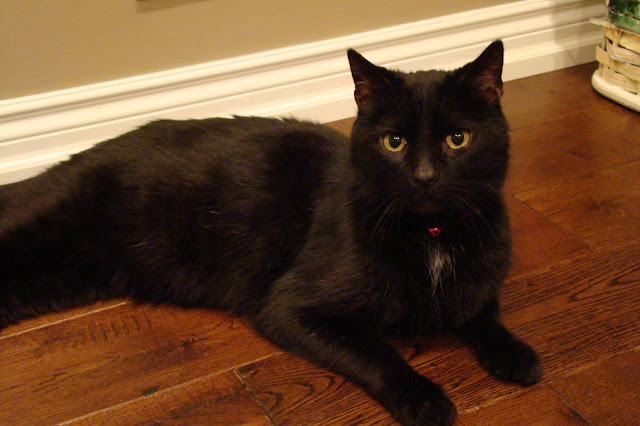 This was the day that Norman came home with me. He had already been through the wars. The shelter said he was "at least" 10. My vet felt more like "at least" 11 or 12. We never got a full history or idea of his true age. The vet and I think he was probably a few years older, not that it matters. His body told the story of a complex life, one of struggle and fight. He had scars on his muzzle and on his ears and toes too. His eating habits revealed something of his previous life as well. 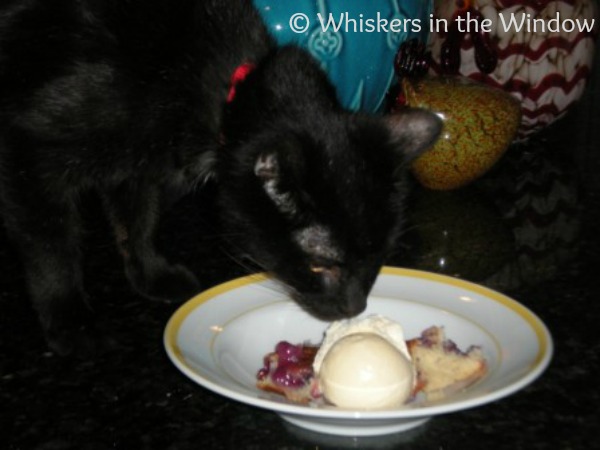 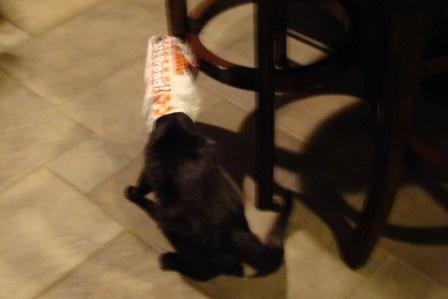 I would bet my life that Norman spent more than a small portion of his life as a street cat. He regarded food as if it was a temporary luxury... something that should be taken advantage of in that exact moment because you never knew when food would be unavailable. He was cunning, ruthless, and quick in his ability to stalk and take his prize from anyone he targeted. And he was cute and sweet enough that I generally let him have whatever he wanted. 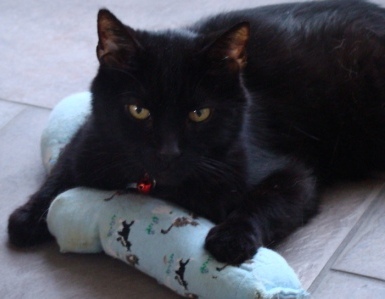 But for all of his suspected history as a street cat, Norman was also the most gentle, sweet, loving, and patient cat that I have ever known. He had no time for grumpiness or irritation. There was only love... even for the other cats. 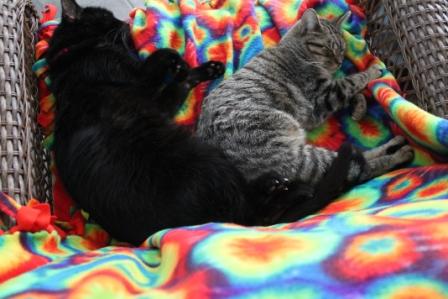 During the long stretch of time when we had four felines in the main part of the house, Norman paired off with Abby while Simba partnered with The Roo. He played the part of "Uncle Norman" to perfection... indulging them in their nonsense and only occasionally raising a paw (which he never brought down on either of them). To the very end, Ruby enthusiastically greeted Norm by launching herself in full rub to his chest, tilting her head for a quick lick, and purring her fool head off. While I'm not certain how much her gesture was appreciated, Norman unfailingly tolerated her love and patiently accepted it.

Even with macho man Simba, Norman had a perfectly patient and genteel relationship. Norm was the only adult male cat that Simba ever accepted into his domain. From day one, Simba regarded Norman as "part of the clan". They had an occasional dust up, but it never went any further than waving paws at each other while waiting for breakfast to be served. Their paws never made contact with the targeted heads. These two formed their own gentleman's club... they were here for the location and the food, but not necessarily for each other. 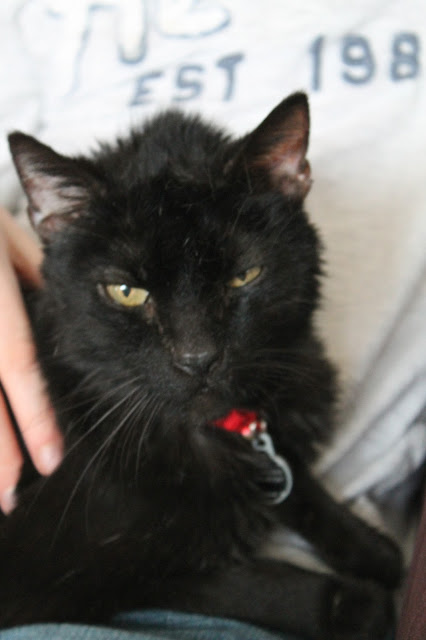 Norman exuded the same patience, gentleness, and respect for the people in his life. While I wouldn't say that he "adored" the kids, their noise, and their quick movements, he did love them dearly. In the early morning wake-up times and late night settle-down times, he always found a still and willing lap. He wasn't necessarily a "snuggler", but he could always be found close by... sharing the sofa while I watched television or worked on the laptop, sitting a cushion over from me or hanging out over my shoulder. He purred all of the time, as if to tell me that he was just happy to be finally be home.

He was only a part of this home for 17 months, but the rooms feel quiet and empty today without him.

The photos in the tribute above and the ones below are some of my favorites of Norm during the time we knew him. As I went through the pictures on my computer, I was struck by how much he had changed physically from the day he moved in until the day he left for the bridge. I don't have many pictures of him at the end and I won't share them here either as it is painful to consider how much his dear, sweet body endured for the sake of staying here with me. I think tomorrow I'll be ready to discuss the end of Norm's song. But for today, please enjoy our Norman retrospective. 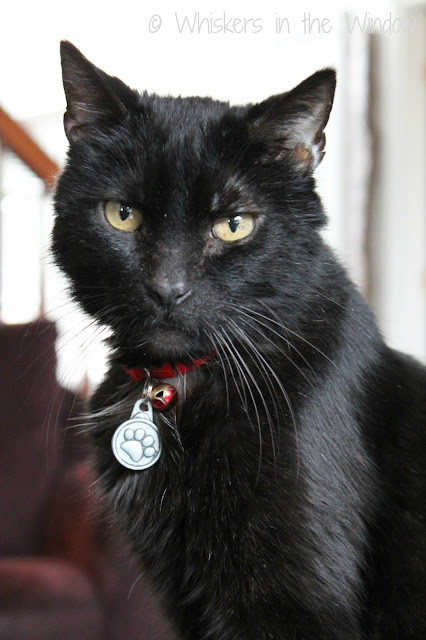 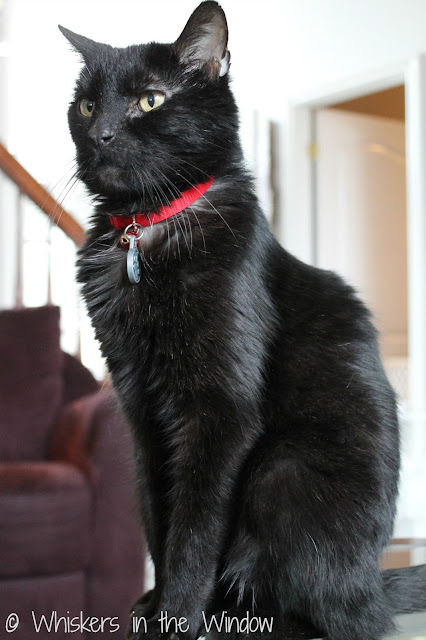 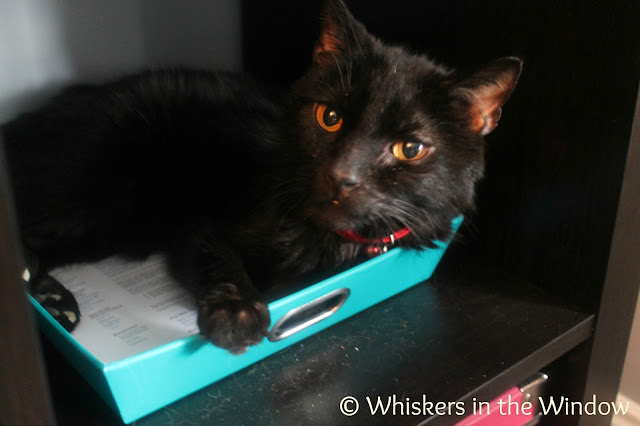 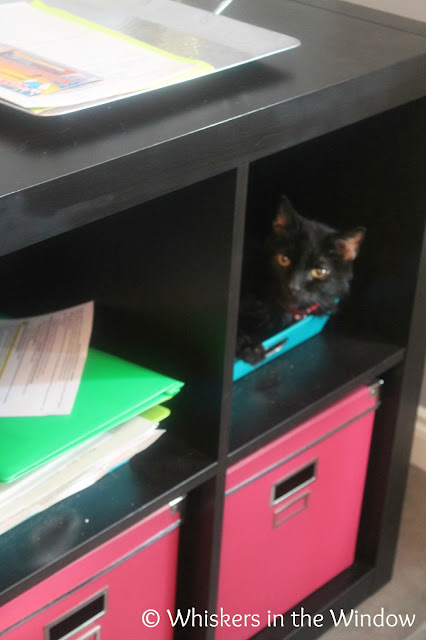 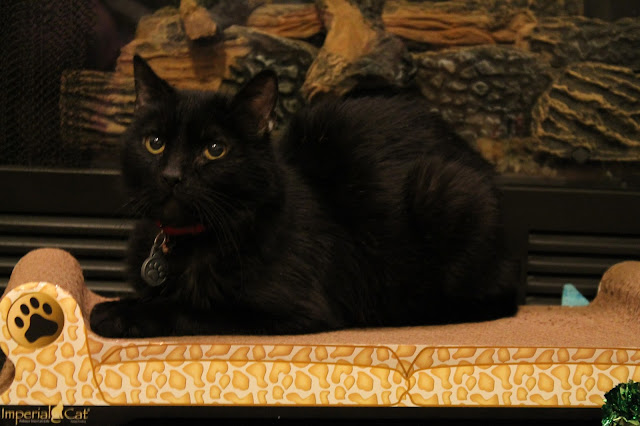 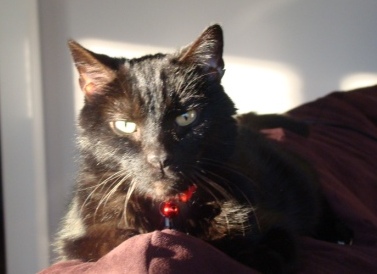 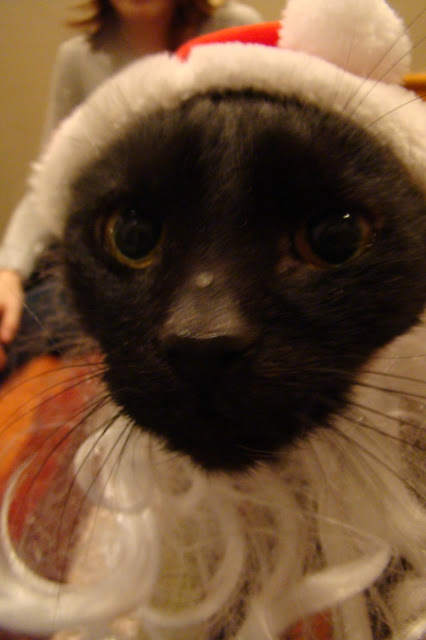 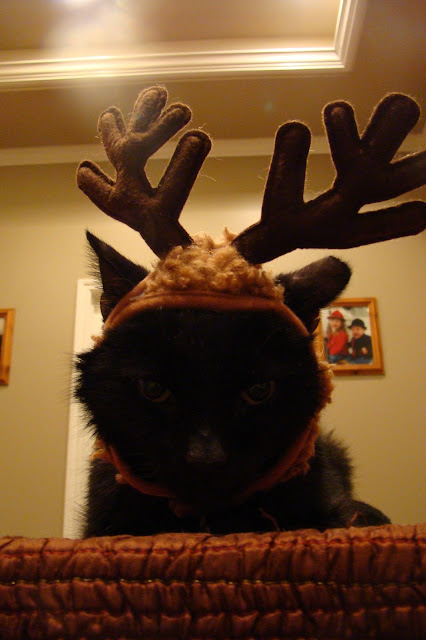 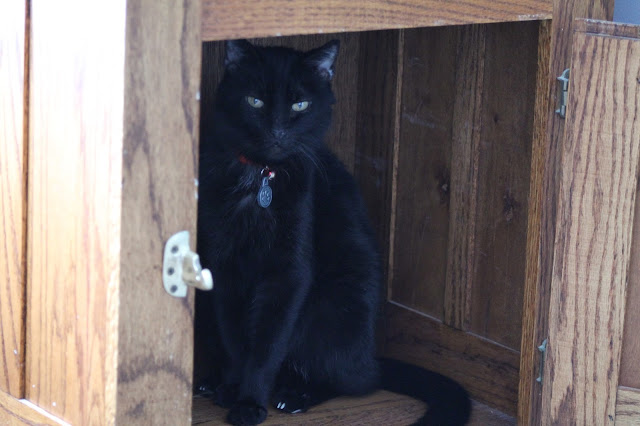 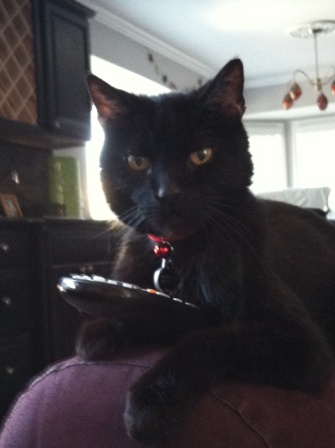 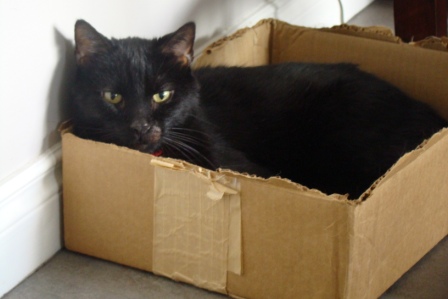 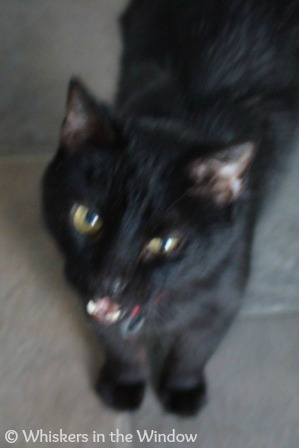 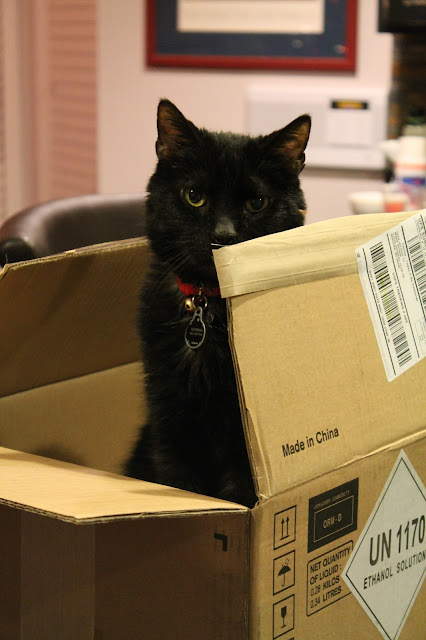 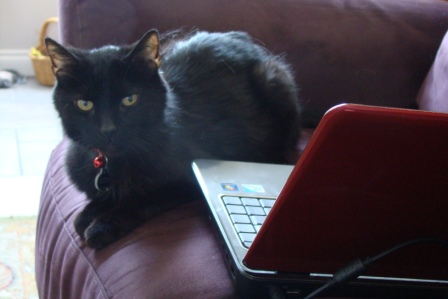 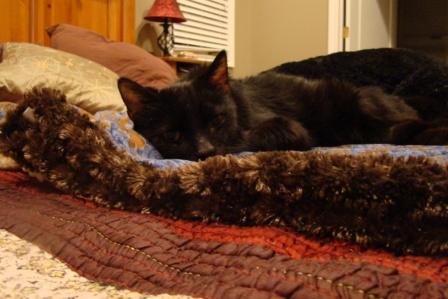 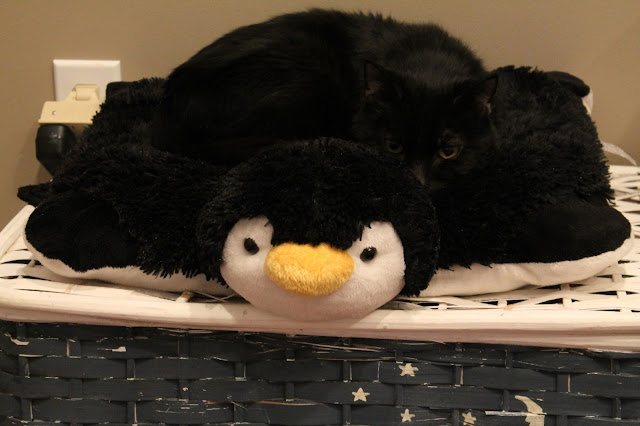 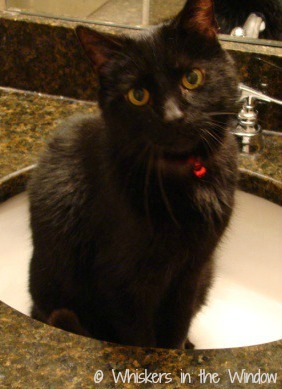 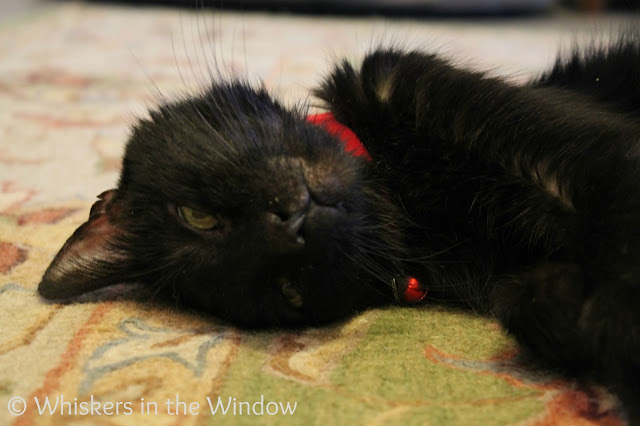 His song lives on in the hearts of those who knew and loved him.

Email ThisBlogThis!Share to TwitterShare to FacebookShare to Pinterest
Labels: Norman