A Message From Garnet 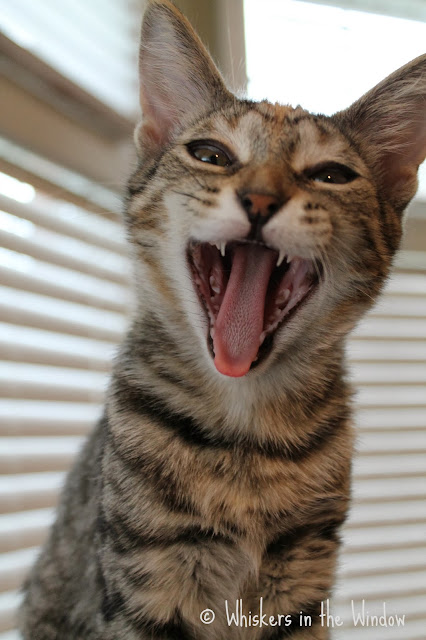 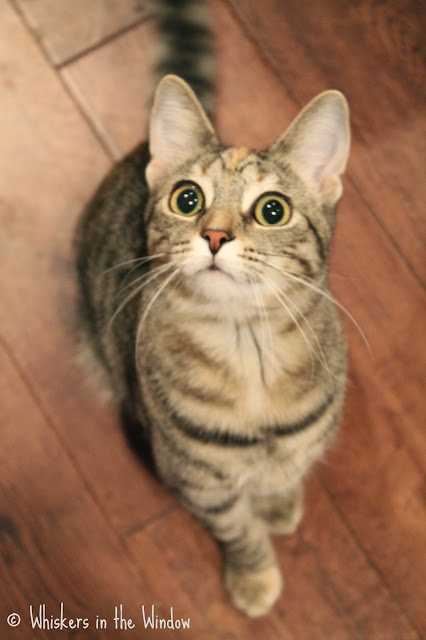 "Wait... Garnet has another new mama?" 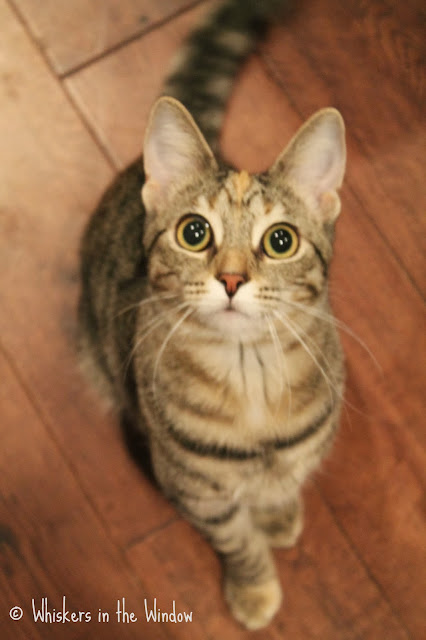 "That was awfully fast, wasn't it?" 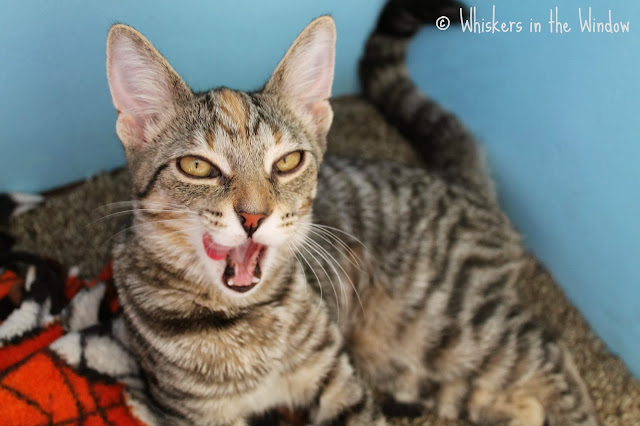 "Well, it's about time the right mama came along. Don't you think?"

You know those old platitudes? It's always darkest before the dawn? Every cloud has a silver lining? Everything happens for a reason? Within 24 hours of Garnet's arrival back in Teeny Tiny Tabby Town, she was spoken for all over again... and I could never have dared to hope, dream, or pray for such a wonderful match as was made for our Miss Garnet.

You see, dear readers, our Garnet has been claimed by one of you! Someone who has loved her since she was this little:

Someone who fell in love with the stink eye. 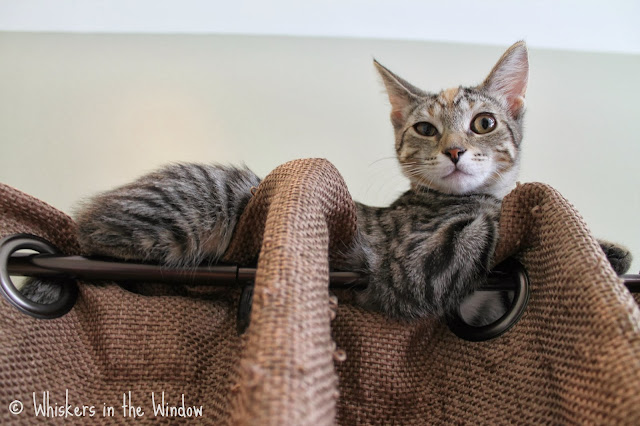 Someone who adored her spunky sense of adventure. 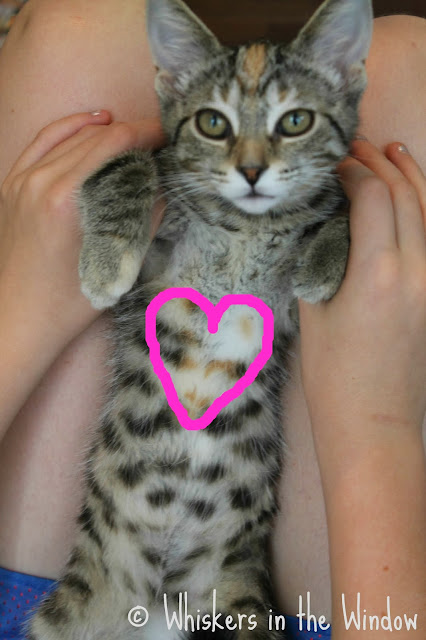 Someone who gave her heart to Garnet months ago. Someone who had come to me in the past and asked to adopt her. But as life got in the way, our plans fell through. So Garnet went off to have her misadventure with another family instead.

Well, as luck would have it, this certain someone had become a friend on my personal Facebook page a while ago. So she became privy to the information regarding a kitten's return to Teeny Tiny Tabby Town before the rest of you. I didn't name names, but somehow she knew that her Garnet had become available again. And before that night's blog post even announced her return to the rest of the world?

She was spoken for all over again.

Garnet will still be with us for another two to three weeks while we figure out the logistics and plan a most excellent road trip. You see, our teeny tiny gem is getting ready to become a southern belle. Garnet is moving to Alabama in December... and I couldn't be happier about it. Call it Karma. Call it Fate. Call it whatever you want. I'll call it perfect.

You know what the best part of reader adoptions is, don't you? Updates, lots and lots of updates!

There's still one more kitty left here in Teeny Tiny Tabby Town who would love a home in time for Christmas. And I would love to send her to one of you... provided you really truly love her and promise to send lots of updates. 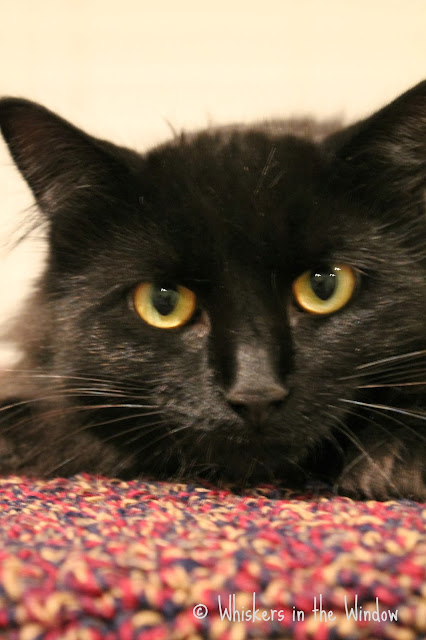