Mae For The Holidays

I'm ba-a-a-a-ck! Did you miss me? What a whirlwind the past two weeks have been. It seems as if it just started. It feels as if it took forever. Since I last joined you, my business has tripled. I quit a part-time job, finished an online class, assisted in the running of a major school craft show, attended roughly 15 doctor appointments, several band lessons, and met 22 teachers at parent-teacher conferences. I still have three exams, 47 loads of laundry, and some serious catching up to do on the home front, but life looks do-able again...as soon as I recover from being run over by that truck. Phew.

Anyway, enough about me. Let's get back down to some serious kitty business...

I've been doing some schedule wrangling. If the stars align properly, it looks as if our dear sweet menace (oops... darling girl) Garnet will be on her way home to Alabama this time next week. Which got me thinking... When Garnet's gone, there's only one foster left in Teeny Tiny Tabby Town. It's time to go all out to find our girl a home. Which got me wondering...

Wouldn't be fantastic if we found another reader to adopt our Maisy-Mae?

Wouldn't be incredible if someone on the route between Michigan and Alabama wanted to adopt her?

Wouldn't it be amazing if we could deliver them both in the same road trip?

Okay, I agree all of the above is unlikely. But do you know what would be the best thing EVER?

Finding our Mae a home for the holidays. 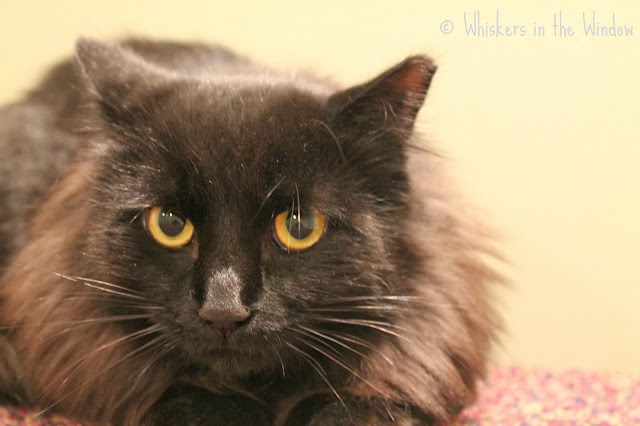 And thus Operation Find-Mae-A-Home-For-The-Holidays was born.

That's kind of a mouthful isn't it? 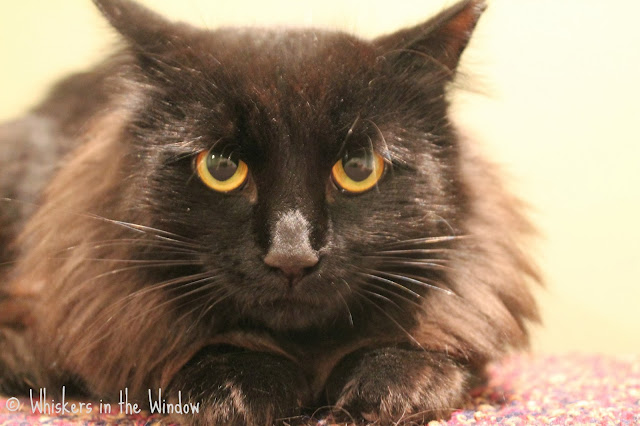 "Really, Lady? You break your brain coming up with that one?" 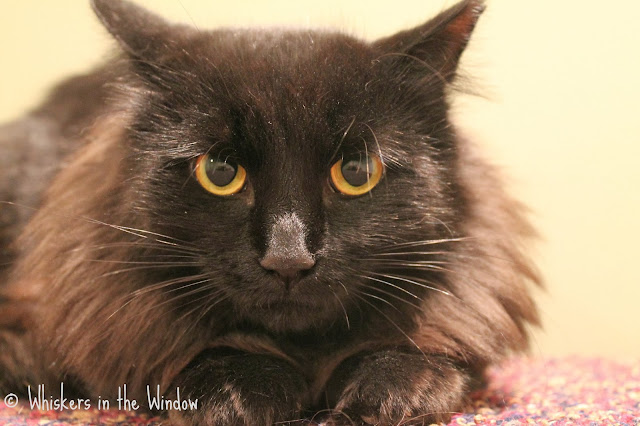 "Let's try a little harder next time, shall we?"

While Mae looks like she could be the next incarnation of Grumpy Cat, the truth is that she's anything but grumpy. She's 8+ pounds of love and fluff wrapped up in a stunningly gorgeous package. 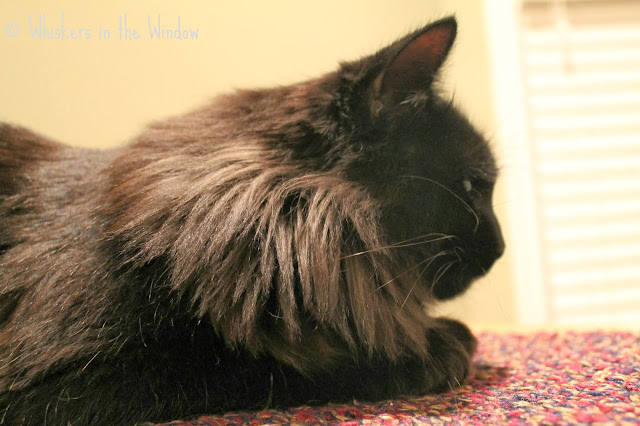 Just look at this magnificent ruff!

While Mae appears to be a solid black cat, she has shades of other colors streaking through her fur. The underside of her tail and parts of her ruff shade a silvery gray (guess we know where Princess Torii got that from!).  She also appears to have a bit of orange in the right light. It could be an optical illusion or she could seriously have a tiny bit of orange highlights or I could be losing my mind... which is entirely possible given the circumstances of my past few weeks. She even has a hidden spot of white. Maybe she'll feel like showing it to you later, but for now she's being modest and keeping it to herself. 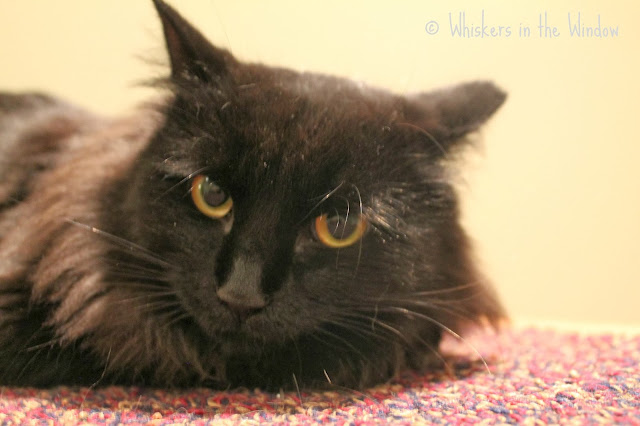 Mae is a sweet and gentle girl who gets along with everyone. Living her first year of life in the outdoors and without much human contact, she can still be a tiny touch timid and a bit of a worry wart. But at the same time, she wants attention. She wants to be held and wants to be petted and wants very much to be loved by humans 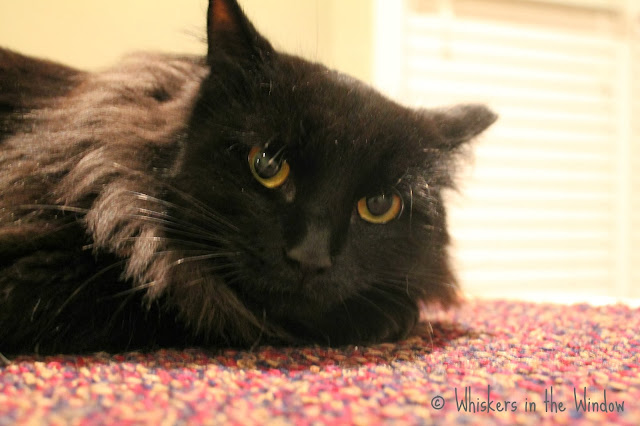 Mae has a low, rumbling purr which comes on quickly and easily. She's a happy kneader and a bit of a drooler (don't tell her I told you that). She's been known to give kisses and head bonks and all manner of loving. My guess is that she's well on her way to being the lap cat that her daughter Max has become... and let me tell you, that girl is a permanent attachment! 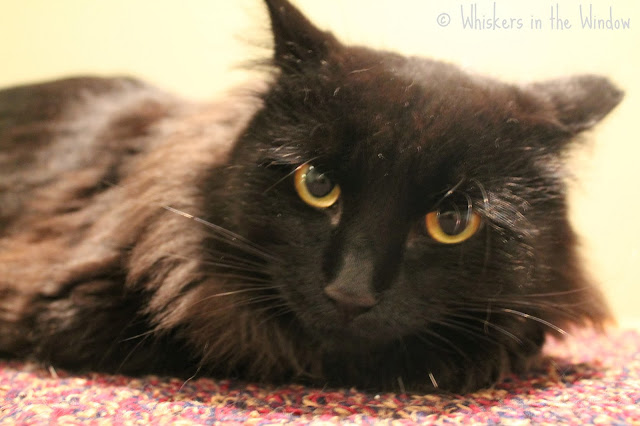 Mae is a one year old female kitty. She has been spayed and is current on all vaccines. Her ear was tipped at time of spay since it was unknown at the time if she would be willing to move inside from her outdoor colony. The ear-tip gives her character and she is perfectly perfect in every way.

If you or someone you know is interested in bringing this special girl into your life, contact me at teenytinytabbies AT gmail DOT com. I'd love to talk to you about bringing our Mae home for the holidays... um, I mean the HollyMaes ;)

Email ThisBlogThis!Share to TwitterShare to FacebookShare to Pinterest
Labels: Home For The HollyMaes, Mae