The Very Best Christmas Gift Ever 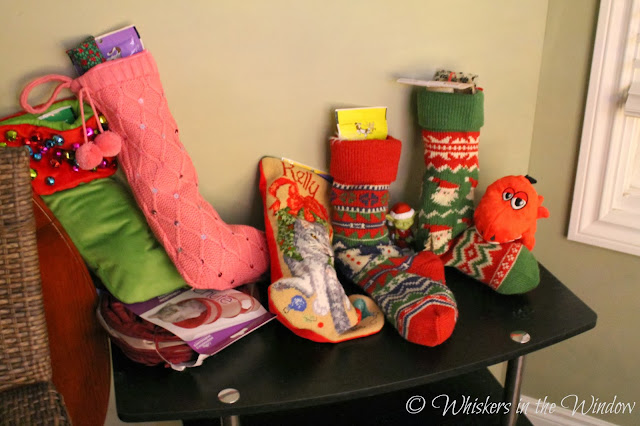 Their stockings were stuffed and filled to bursting with the very best items from the clearance shelf. There was one for Max and one for Ruby, a pretty needlepoint one for Mae with the wrong name on it, and socks for Simba and Chuckles too. 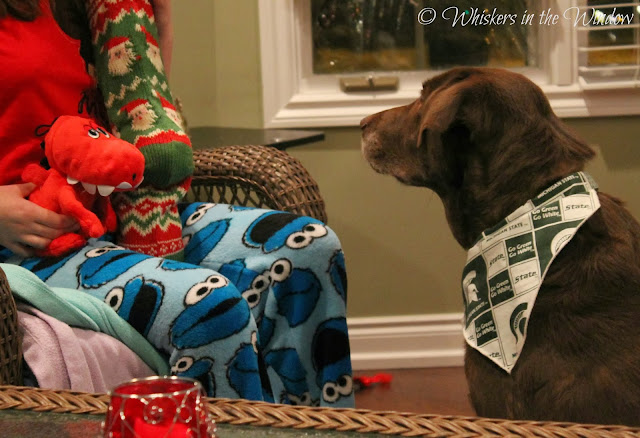 Charlie demanded an immediate inspection of his stocking, but only because he smelled food within. 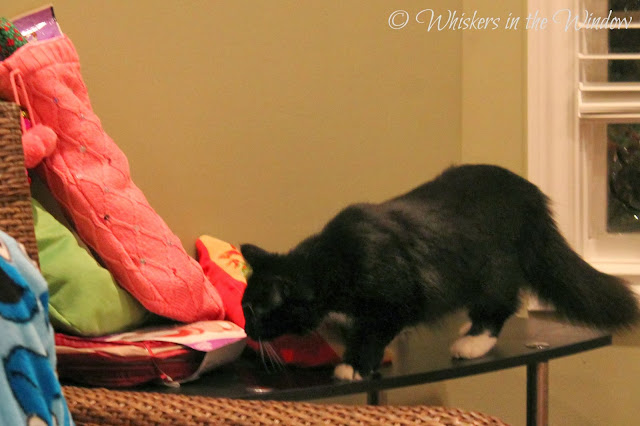 Max checked them all out one by one while the other kitties snoozed and loozed. 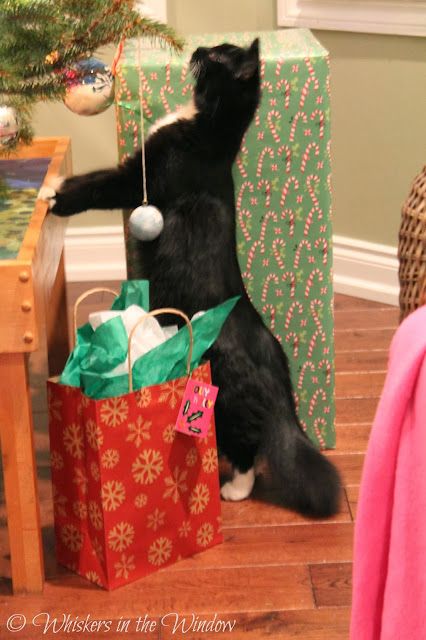 But then she got distracted. 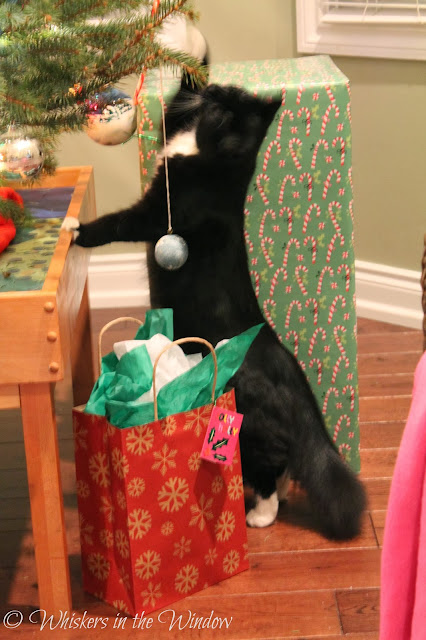 And helped herself to an ornament or two. She especially enjoyed playing a round of tether ball with the one hanging from the long string in front.

The stockings remained stuffed for most of the morning... until Simba was found wresting on the floor with an entire knitted behemoth full of catnip toys. 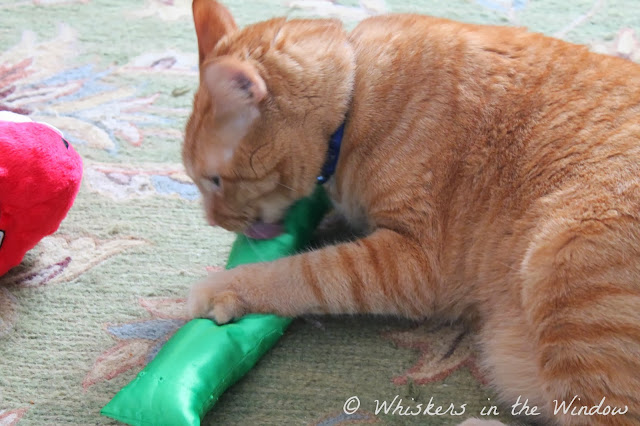 This is the one he chose. 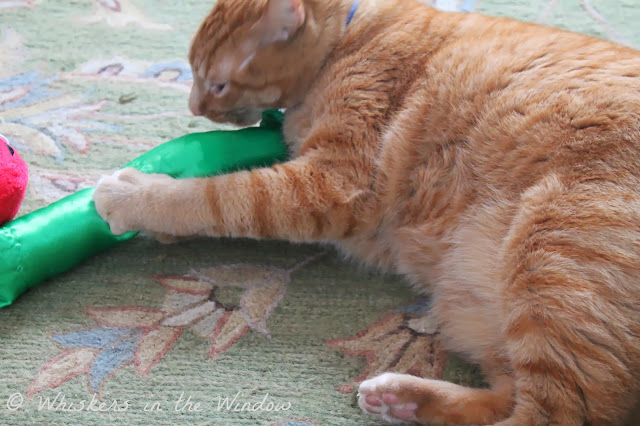 A green satin tube full of stuffing and catnip made a grumpy old man as happy as a kitten. 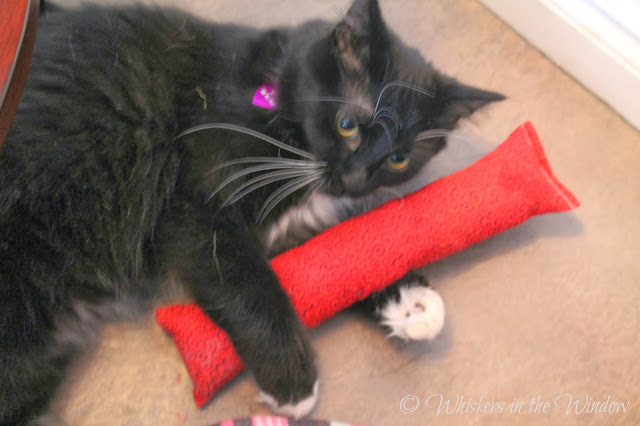 His joy was contagious and, wouldn't you know... there were fabric tubes of catnip in each and everything stocking. 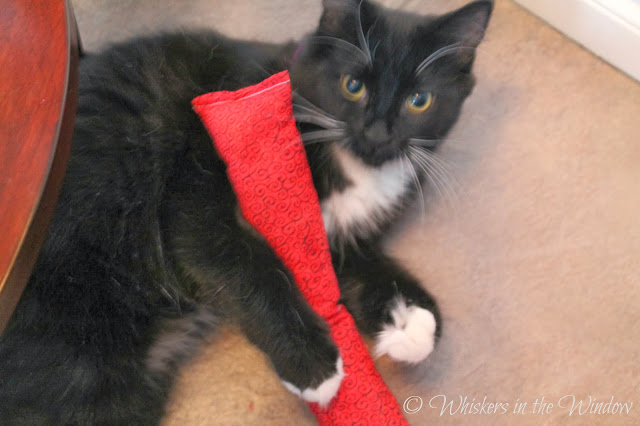 The toys were wrestled, 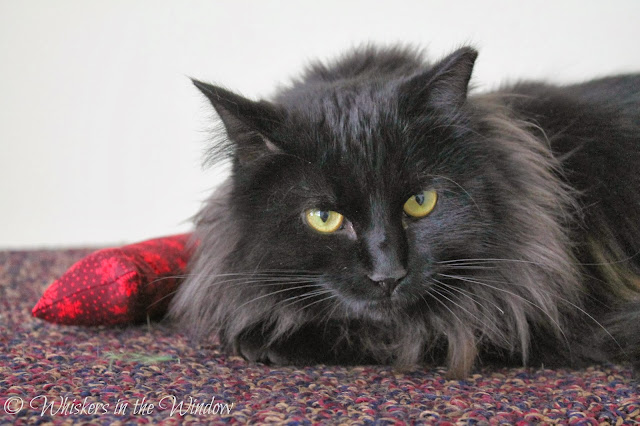 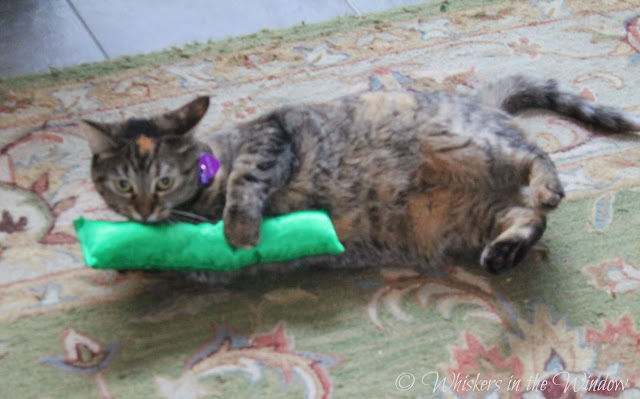 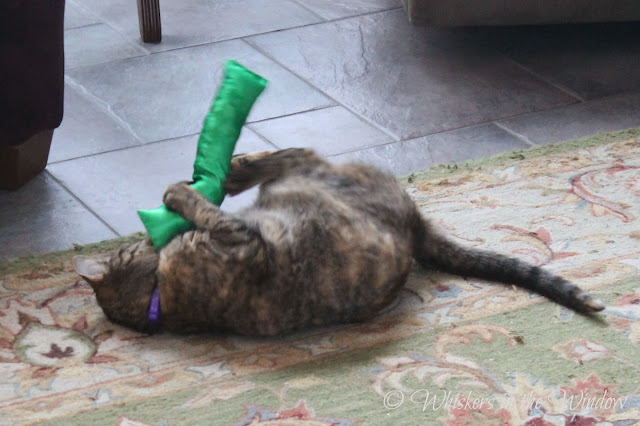 And kicked into submission. 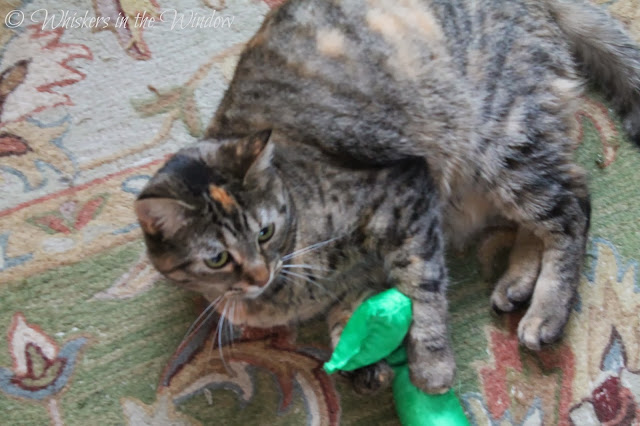 The best 99 cents (times 4) that Santa ever spent.

And when play time was over... 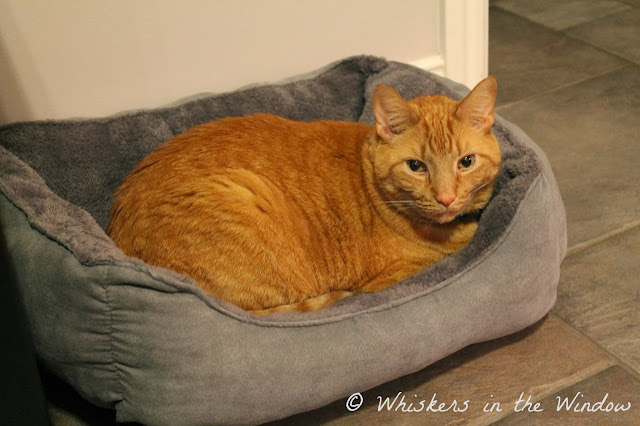 The old man took to his new Christmas bed (which made Charlie very happy to have him out of his bed for a change).