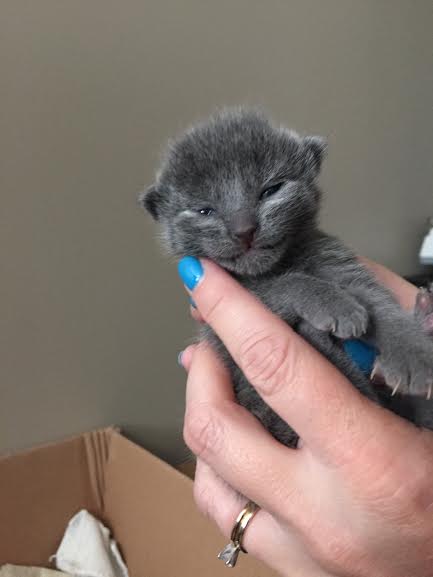 Fern
(for those of you counting, that's one girl) 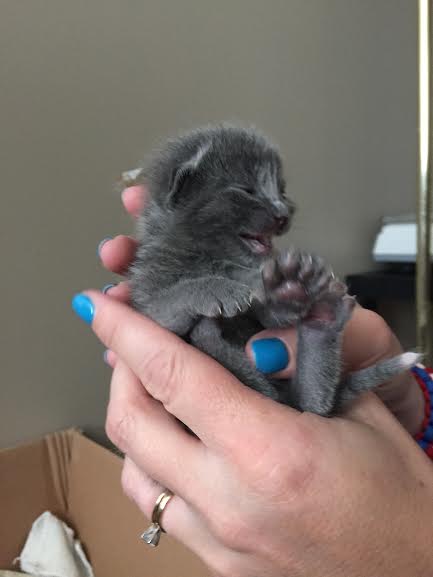 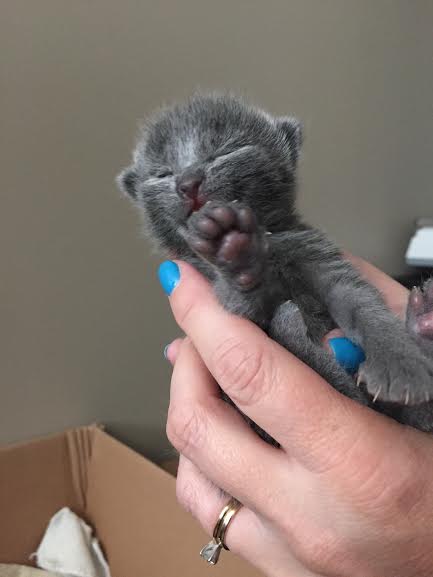 Little Miss Fern is the whiny baby drama queen of this litter.
She has stuff to say whether you want to hear it or not.

The Kitten-Formerly-Known-as-Number-Two is now named 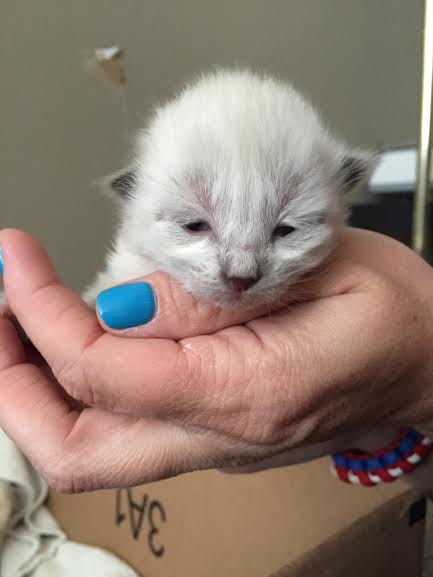 Marigold
(two girls for those who are keeping track) 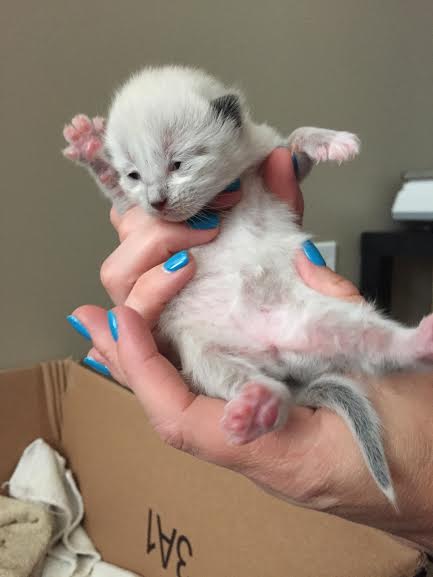 Marigold is easily the mildest-mannered little dumpling of the litter.
She rarely speaks, in fact she's rarely seen awake.
That's not grumpiness on her face, it's just sleepiness.

The Kitten-Formerly-Known-as-Number-Three will now be called 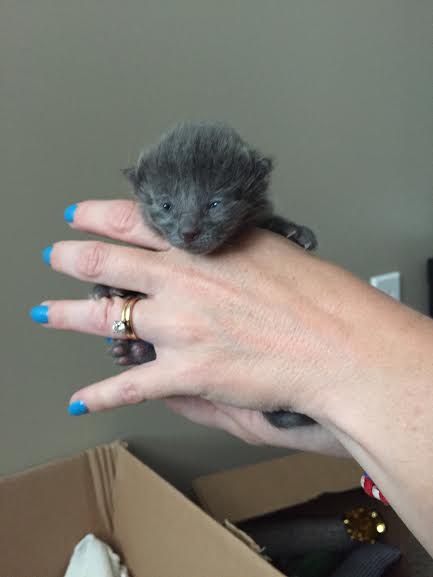 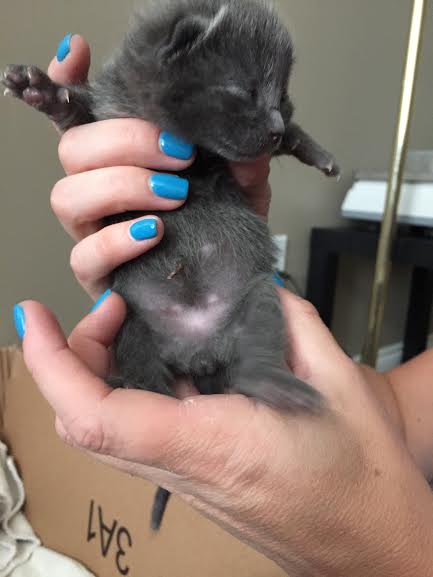 In his spare time, Forrest likes to ride his invisible surfboard
and show off his kitty bits.

He's a slightly less frosted version of his sister Fern and
missing the white tip on the tail.
It's the quickest way I have to tell them apart right now.

Forrest is a pretty chill dude who has discovered that he doesn't mind
snuggling against shoulders...
which is surprising considering he was giving Fern a serious
run for her money as the drama queen of the litter.
But then he would be a drama king, wouldn't he? 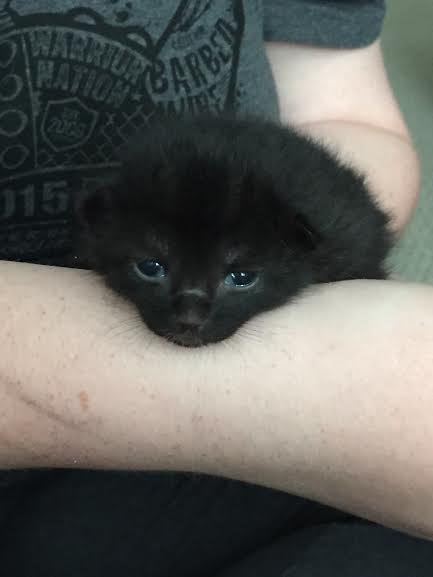 Violet
(three girls and one boy so far for the counters) 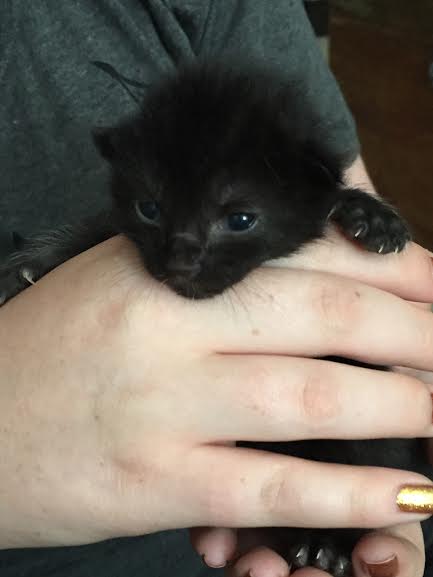 Violet is busy looking at things other than the camera today.
That happens when they get eyeballs. 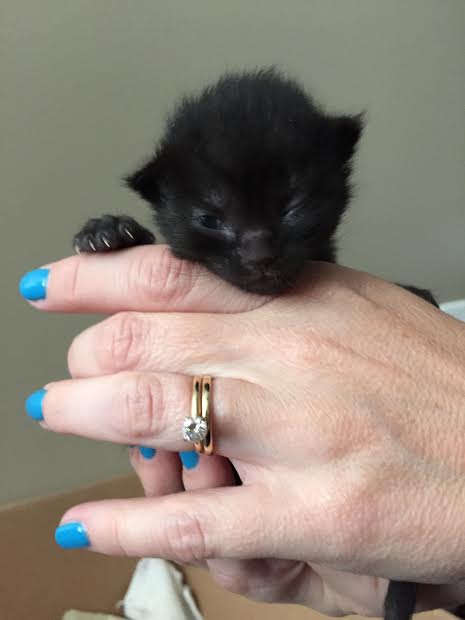 Ash
(for a final count of two boys and three girls) 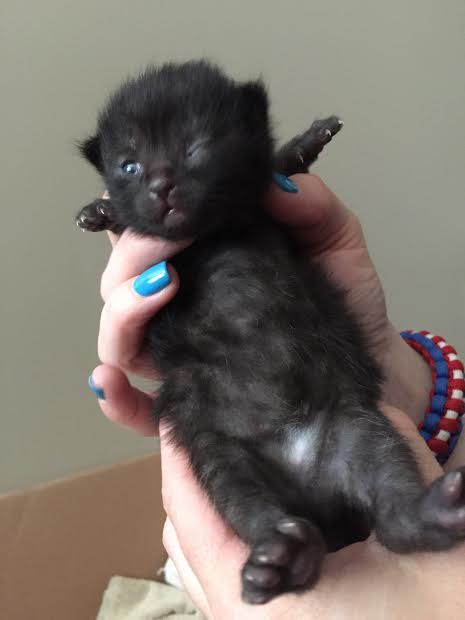 Ash is the one-eyed bikini-wearing pirate of the brood.

He has a black head and black body,
with ashy charcoal colored legs
(patterned with faint tabby stripes even).
Dahlia clearly worked a bit harder on the artistic side of Ash.

Ash is the teeny tiny serious little baby of the litter.
He's a few ounces smaller than everyone else,
which is probably why he had to adopt the fearsome
countenance of a one-eyed pirate.

And now for the contest winners...

Because we are so impressed with such a great showing, all three will receive a very special prize (instead of the original promise of one winner drawn from a hat). Miz Robyn of Crooked Acres and Love & Hisses has sorted through her incredibly large selection of kitty toys and will be sending a box to each of our winners. Maybe, if you're very lucky, your box will contain an Alice Mo whisker, a Loony Jake hair, or (for the truly blessed) something that has been sneezed upon by Miz Poo. You can dream, can't you?

If our good friends (and excellent kitten sexers) Jeri, Tina, and Joann will send your snail mail addresses to teenytinytabbies@gmail.com, I will happily pass them along to Robyn right away. Congratulations!

An additional prize, consisting of a care package containing some of Simba, Ruby, and Max's favorite things (Brand new! You really don't want them if Simba has drooled on them...) goes to one of the very few people who accurately identified poor little Ash as a dude. Congratulations, Holly Waterfall! Send me your address so Postmaster Roo knows where to ship your stuff.

Thank you to everyone for your participation. This was a lot of fun!