One of the great things about being a military wife is having the opportunity to travel the world. Over the past 17 years, the Air Force sent us to live in Texas, Idaho, Germany, Ohio, and Michigan.  Once you've set up house, started work, and settled the family, day-to-day life is pretty much the same as yours.  But the vacations (especially when living overseas) are exceptionally memorable.

Before my oldest daughter's 3rd birthday (and before her younger brother's 1st), my kids had been up the Eiffel Tower, fed pigeons outside the Louvre, seen Pisa and Rome, been blessed by Pope John Paul II, climbed Swiss mountains, visited fairy tale castles, and been to the Tower of London... with the Beefeaters playfully offering to find someone to baptize the baby in the chapel where Anne Boleyn is buried.  My youngest child, born almost 11 months to the day after we relocated back to the States, asked frequently as a preschooler, "But when will I be in the pictures??"  She was well aware of being left out of something magical.

One of the worst things about being a military wife is having your life uprooted on a tri-yearly basis.  Every few years, we would wait for the orders that told us where to move next.  Often you have little choice or influence in the matter.  While we awaited our orders to leave Germany, it had been indicated that we could expect a move to England next.  Needless to say, when the papers arrived with the word Ohio on them I was just a bit disappointed.  ((If you are from Ohio, I apologize for the way that sounded but I guarantee that if you had the choice to live in either England or Ohio, you'd pick England too.  By the way, I ended up with a soft spot for Ohio which is a remarkable thing for a native Michigander))  Being away from family for years at a time while your kids are small is no small issue, either.


In 2004, the Air Force offered my husband the opportunity to return home to Michigan as a full-time active duty member of the Michigan Air National Guard.  Full time employment, remaining in the military,  and coming home all in one fell swoop?  Yes, please.  Our first assignment with the guard took us on an extended tour to northern Michigan.  We bought our first house... a 1970's fixer-upper on a hill in the woods, less than a mile from a bike path that connected the entire town.  And it was so difficult to look at this view every day while driving to work every day: 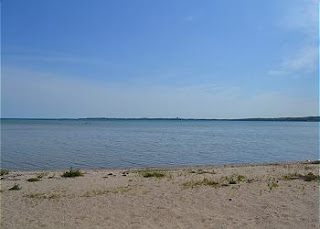 So tough to spend summer days with your kids in locations like this: 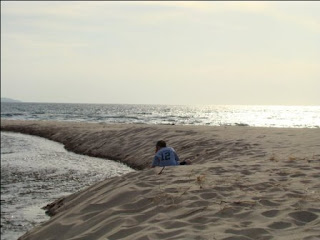 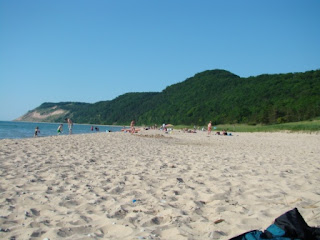 Two years ago, my husband received a promotion (Higher rank = raise which always a good thing).  That promotion, however, meant that he needed to leave his position and take a command downstate.  For those unfamiliar with Michigan-speak... "Up North" is the northern portion of the lower peninsula.  I use  it to refer to anything north of the Zilwaukee Bridge or Saginaw.  "Downstate" is the southern portion of the lower peninsula, usually referring to south of Flint and generally means the Detroit area.  Don't worry, we haven't forgotten that there's an entire other peninsula... they're the "U.P." or "Yoopers" and they loving refer to us as "trolls" because we live beneath the bridge that separates us.

Traverse City and Detroit might as well be in two separate states, two separate worlds.  We were exchanging hills, beaches, and no-more-than 4 lane highways for concrete, asphalt, skyscrapers, and a daunting Interstate systems that ringed the city.  And did I mention this was Detroit???  We dragged our feet moving.  For the first year, my husband worked in Detroit and came "home" on weekends while we put our house on the market.  After ten months, the house sold and it was time for us to make our move.

The situation wasn't all bad.  In a way, I was coming home.  The daughter of a retired Detroit police lieutenant, I was born and raised on the city's west side in the days of residency requirements for city employees.  Yep, I grew up inside the city proper and lived to tell the tale.  Contrary to widespread belief, not all of Detroit is a wasteland.   Most people probably hear "Detroit" and picture this: 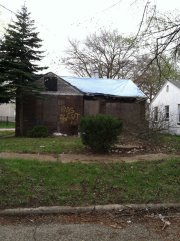 This house lies four blocks from my childhood home.  I was overjoyed to drive a bit farther and find this: 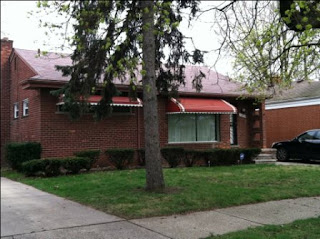 The house where I grew up, a bit rough around the edges and slightly worse for wear, but no victim to the urban blight and decay we all hear about.

Detroit has amazing spirit.  Even out in the suburbs, we're a bit sensitive to how it's portrayed to the nation.  Most suburban residents are only a generation or two removed from living within the city limits.  Detroit is "home" and you're far more likely to hear me say that I live in Detroit than Macomb Township (where my current home is actually located).  I think most metro residents would do the same.

So, without further ado, I introduce "Metro Monday"... a glimpse inside the good things about living in Detroit and southeast Michigan.  (Don't worry, it will be far less wordy in future weeks) 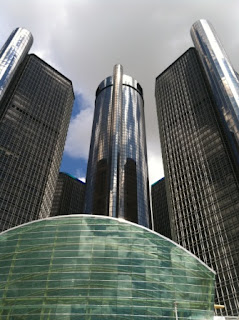 The Renaissance Center... a Detroit landmark for as long as I can remember... still magnificent in the June sunshine.  Somehow it's more impressive to me now that it was as a child.

By far, though, the best thing about discovering Detroit has been this: 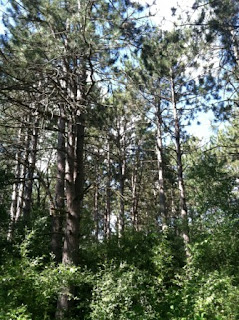 There's a fabulous metropark mere minutes from my new house... hiking trails through the woods, bike paths, and 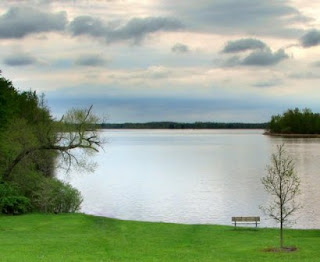 The lake, complete with two beaches for swimming.  We will be spending most of the holiday week somewhere inside this park, where it feels like home.  Woods, water, and Detroit.  I guess I am really home. 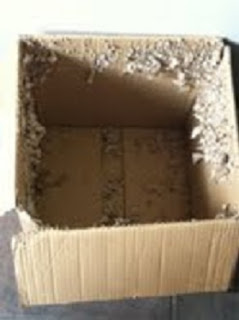 TomCat spent much of the weekend destroying the inside of his nesting box to express his disappointment over TomKat's impending divorce. 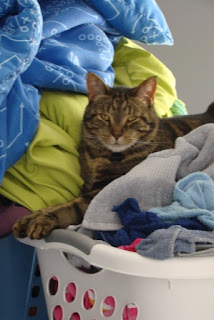 "I really thought those two crazy kids were going to make it." 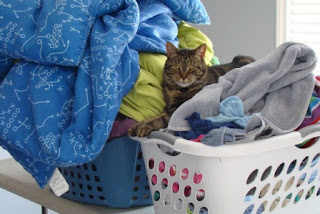 "I may just need to hang out in the laundry for a few days to recover.  Do we have any ice cream?" 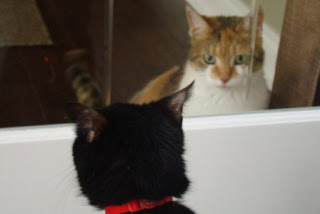 Norman spends much of his day hanging out on the other side of Penny's door.  She's not quite sure what to make of this development. 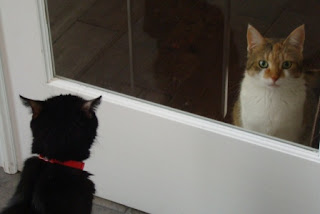 "This is creepy.  Can you make him stop?"

You might think that Penny's got an admirer, but I tend to believe it's her food bowl that our old man is after. If he gets through the door, he travels in a straight line to the kibble.  After all, he's got some weight to gain!

Penny's on the spay list for later this week.  When she's healed and has been vaccinated, she will join the general population outside the foster room.  I know what this means.... do you?? Conversations are being had about the next residents of the room  ;-)