A Michigan Monday in early March and snowstorms were in the forecast (again). But outside the window, the sky held this amazing light. It warmed the inside of the house through the blinds that have been closed in the foster room. The glow reminded me of this...

I wiggled my fingers behind the plastic insulating sheets that have been holding in the winter drafts at the window, grabbed hold of the blind cord, and let the sunshine in (which reminded me of another song, but I'll spare you that one). The kittens were, for lack of a better word, thrilled. 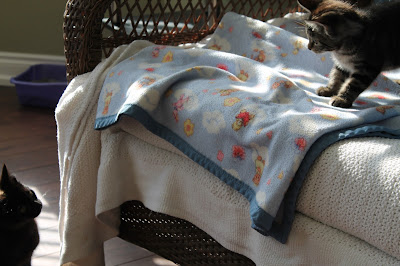 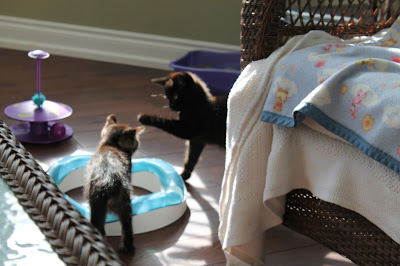 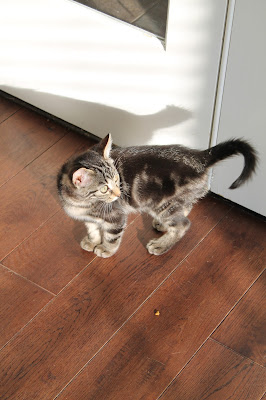 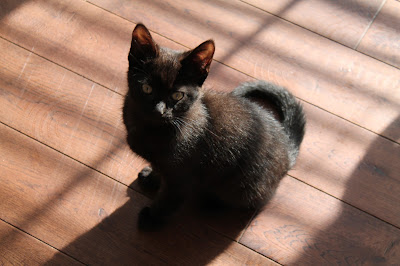 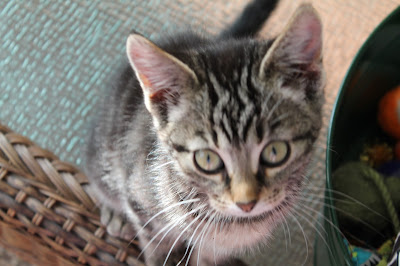 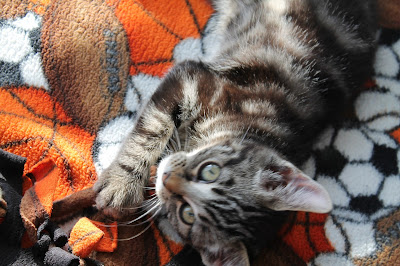 "You can believe Misty. Look how innocent and cute Misty is." 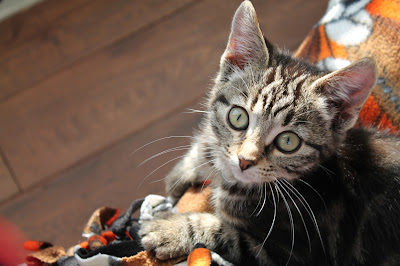 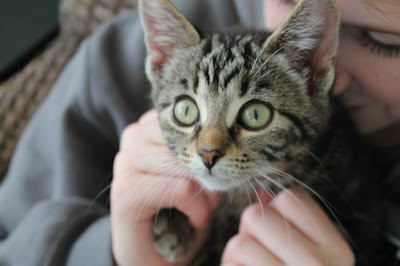 Miss Misty Moo's face that afternoon was very reminiscent of a certain someone... 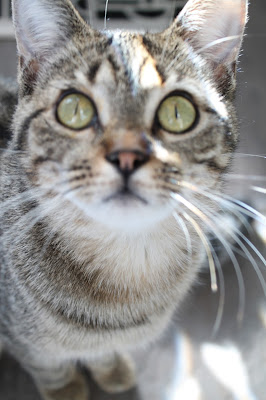 I miss my Abby hugs. 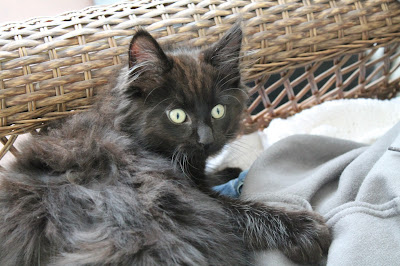 Someone else was too busy in the sunshine to hold still very long,
so I brought in reinforcements. 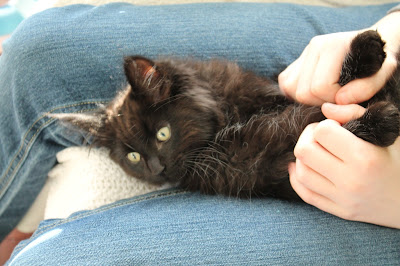 His new family has probably been very anxious to see him dry for a change.

There's at least one model in every litter.
The Madison model would be Grizzly. 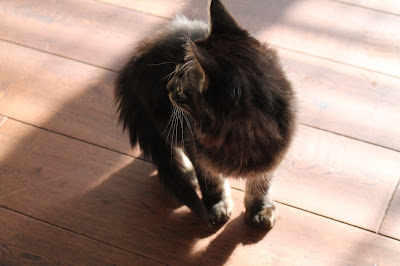 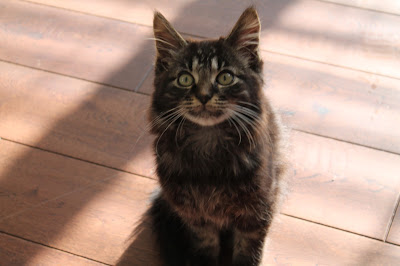 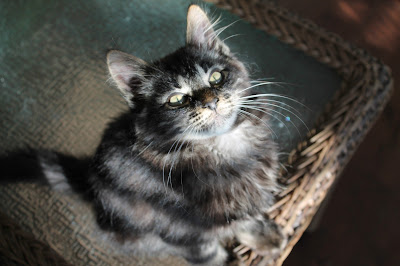 Our little man basked in the sunlight all afternoon. 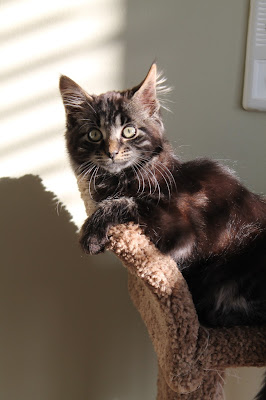 He's sexy and he knows it. 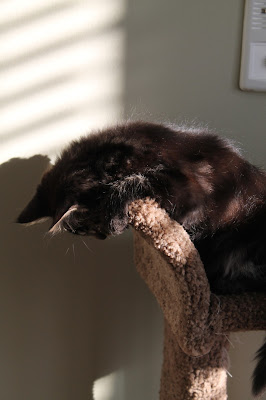 "You're not going to link THAT song too, are you?" 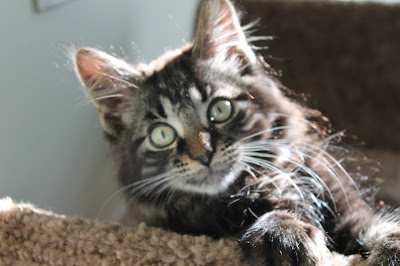 Looking pretty good.
Especially considering that just a couple hours earlier he looked like this... 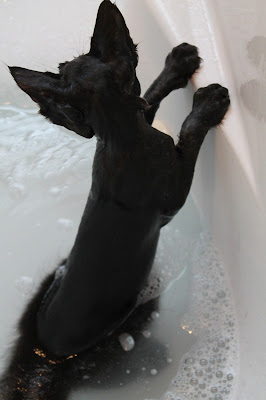 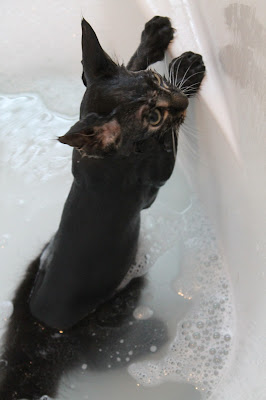 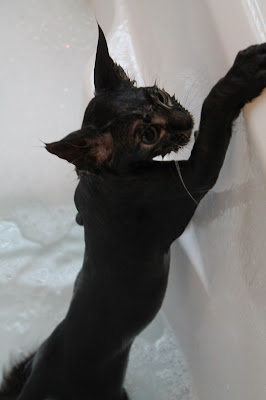 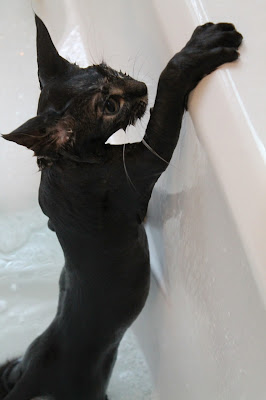 I'm hoping it's not too much longer. Light fuzz is starting to fill in the ringworm spot on Levi's leg. Ruby's ear is losing the crust. I haven't seen any other spots developing on any other kittens... yet (I feel like I have to keep adding that because with the incubation period, anything is still possible). It's a good sign, but you can understand the certain sort of paranoia that creeps in when their fur is sitting in a slightly different way or if the light hits an ear just right....

The kittens are due for their second round of vaccines later this week. I'll have them shine a black light on them while we are there. If the vet can clear them, we will be saying goodbye to two of our boys very soon.