Yesterday's trip to the vet office was apparently just what Miss Garnet needed to help her decide that perhaps I'm not so bad after all. She has been all over me today, begging for attention and petting while head-butting, leg rubbing, and squeaking away. As Robyn said when I posted about it on Facebook, "She remembers you as the one who rescued her from the vet."

Even Belle is behaving somewhat differently. She isn't flinching when I reach to pet her. She's not requesting attention, but she isn't deflecting it either.

These girls are now completely ready for a forever home. You know how to reach me if you're interested.

Introducing... The Kits of Summer 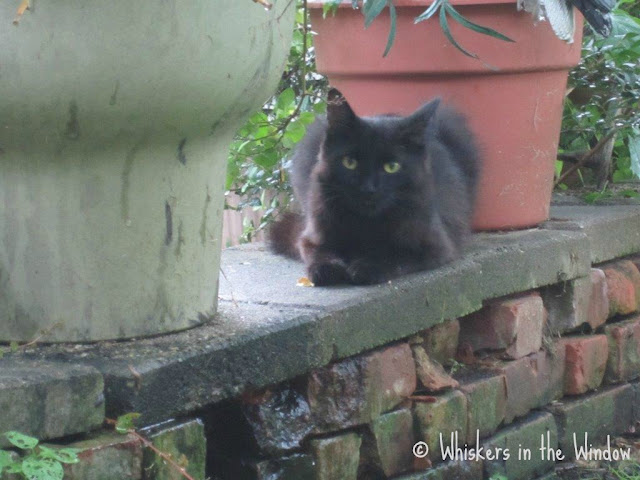 Mae Mordabito (aka "All the Way" Mae)

Yesterday, we introduced you formally to Little Black Mama (who is now known by her much cooler baseball name... "All the Way" Mae). Someone asked if we had trapped her too. Not yet, but that is the plan. She's much friendlier and more trusting than Mama Mayweather, who has got to be one of the smartest cats we've ever come across. We're hoping to get her trapped, spayed, and evaluated for either rescue or return very soon.

This Michigan summer has been ridiculous, with near monsoons occurring in our area frequently. Charlie squishes when he walks in the backyard. There are mushrooms growing in my flower beds and my lilac is wilting from too much water. Our traps are borrowed through another rescue group and we are not allowed to use them in the rain. We can't afford to replace them, so we have to go with the weather as we are able. Hopefully, Mae will be more accommodating than Marmie. But we ARE still working and planning to trap them both.

Prior to this week, Mae's babies had been living in a yard down the block from our kitten catcher. A lovely elderly neighbor has been looking out for them and feeding them until we were ready to set the traps. Our kitten caretaker is a huge baseball fan, watching our local Detroit Tigers on the television every night. She's thrilled with our name choices, and I hope you will be too... although if you're fans of other teams, you may not like them as much as we do. Too bad, so sad ;-)

They are each named after an All-Star member of the current Detroit Tigers team (first place and defending American League Champions). 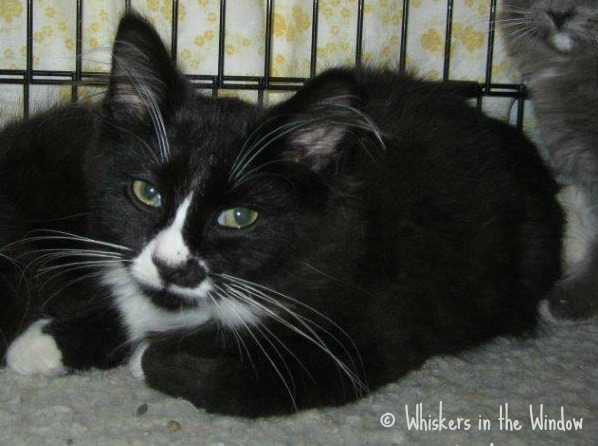 The only boy of the group is after Triple Crown winner and Detroit Tigers third baseman, Miguel Cabrera. Like the real thing, he's a hulking hunk-a-chunk. Human Miggy is on a pace to possibly defend his Triple Crown, leading the league in Batting Average and Runs Batted In while in second place in Home Runs. And if you were interested in seeing if our Miguel favors the human Miguel in the looks department: 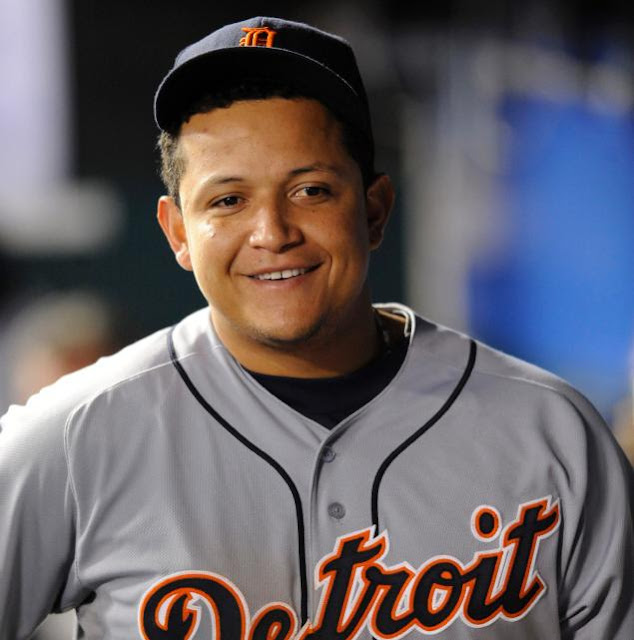 Perhaps not much of a resemblance, but kitten Miguel aspires to superstardom too. He's off to a great start. 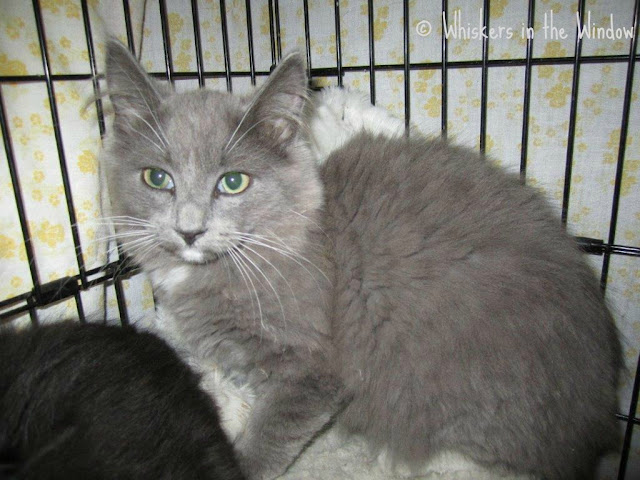 Princess Fielder is named after Detroit Tiger All-Star first baseman Prince Fielder. Her regal silvery-gray coat and statuesque demeanor earned this name early on. She's the biggest of the litter... we could have sworn she was a boy!

Prince Fielder is a second-generation Detroit Tiger. His father Cecil also played first base for the Tigers while Prince played Little League in the area. He's a hometown favorite and the 2012 Home Run Derby champion. 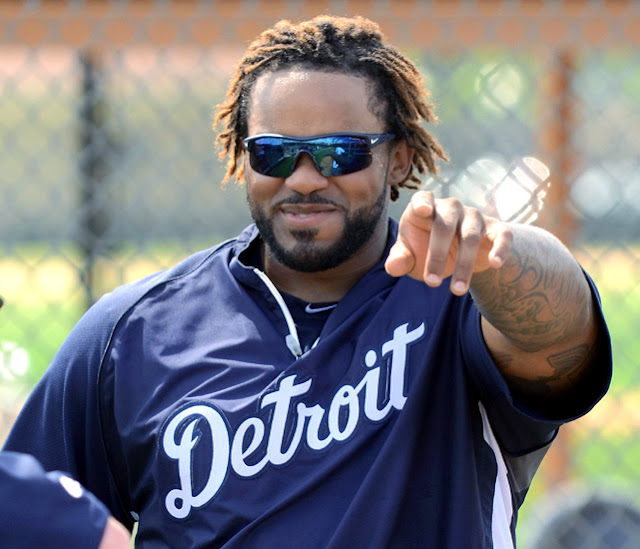 Again, perhaps not much of a resemblance... but I would imagine that Prince would still be honored to know that such a gorgeous kitten bears his name (sort of). And, if you didn't notice and want to check the kitten picture again, our Princess has a bit of a "soul patch" of white on her chin. 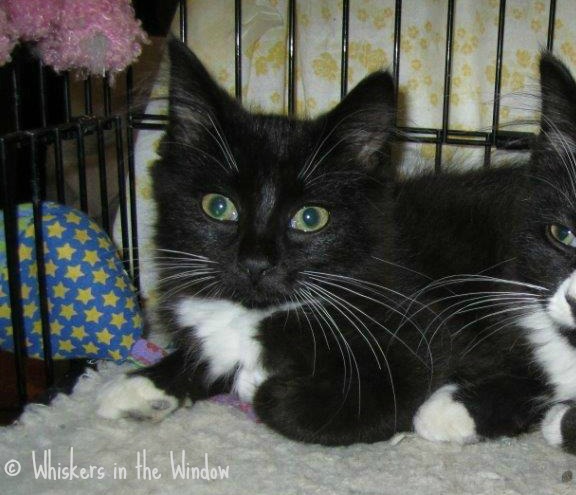 Petite little Maxie is the runt of the litter (a full pound and a half smaller than her brother and sister). But that's okay, because pitcher Max Scherzer is quite a bit smaller than Miguel and Prince too ;-)

Human Max Scherzer was the starting pitcher for the American League in this year's All Star Game after starting the season with thirteen straight wins. He leads the league with 15 wins (only 1 loss) and is third in strikeouts. He is seriously making people question what's wrong with Justin Verlander (who has been the dominant Detroit pitcher for several seasons and only has 11 wins so far this year).  In any other year, Maxie might have found herself named Justine instead. 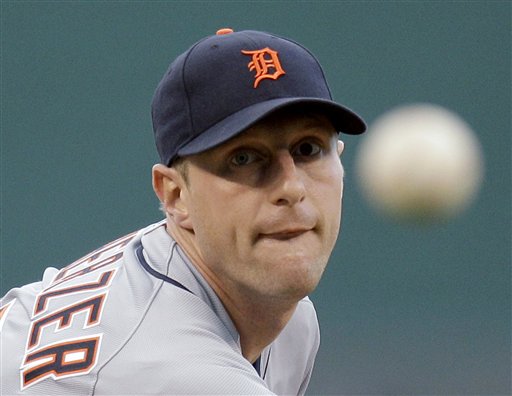 Something cool about Human Max Scherzer? He has one brown eye and one blue eye. It can be freaky to watch in an interview, but it makes his look distinctive. And our tuxie girl has a distinctive look herself.

The Kits of Summer are improving health-wise, but cannot be vaccinated or moved in with the Mayweather girls for another few days. We're looking at a Tuesday or Wednesday arrival next week. You'll know they're here when I title the post "Play Ball!"

Have a great weekend, everyone. I'll hopefully have a great update and better pictures on Monday.