While We Were Out... 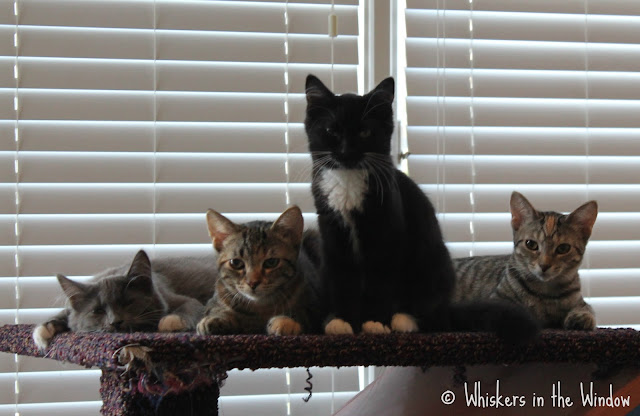 The girls got to know each other. 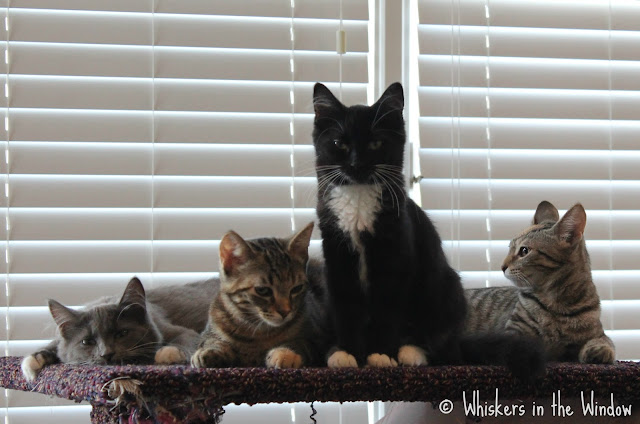 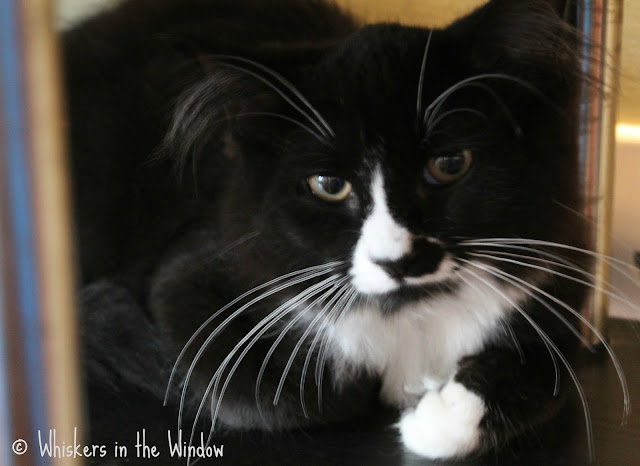 "Miguel didn't want to get the girl cooties anyway. Pbbbbbpppt!" 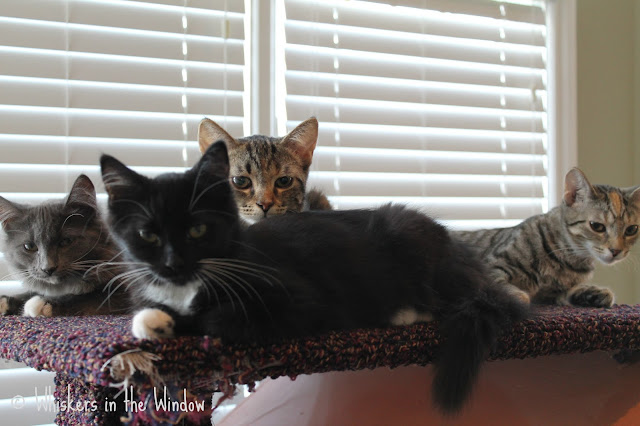 "AHEM! Maxie would like the camera focused on her again please!"
(While Garnet is still clearly quite concerned about Miguel storming the clubhouse) 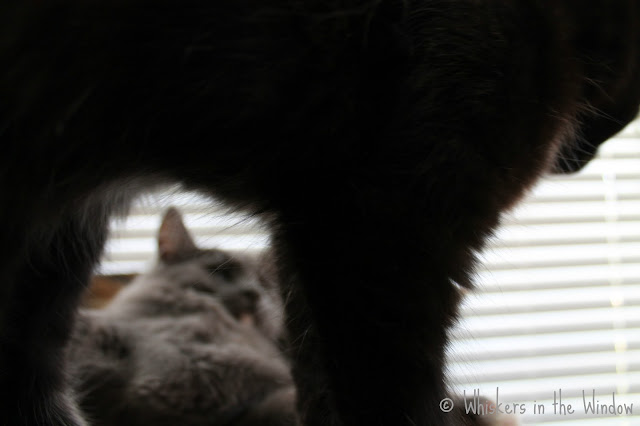 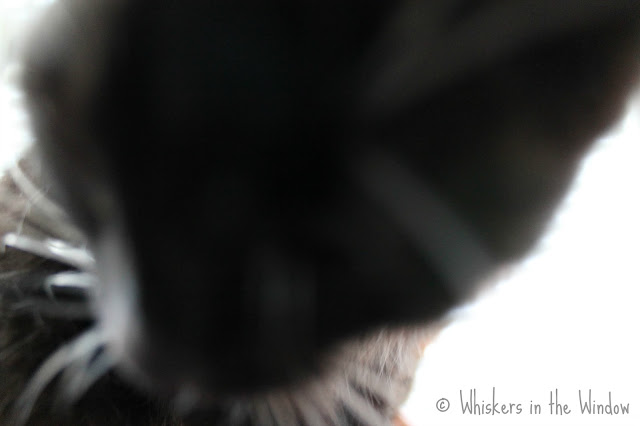 "How about a close up of the top of Maxie's head?" 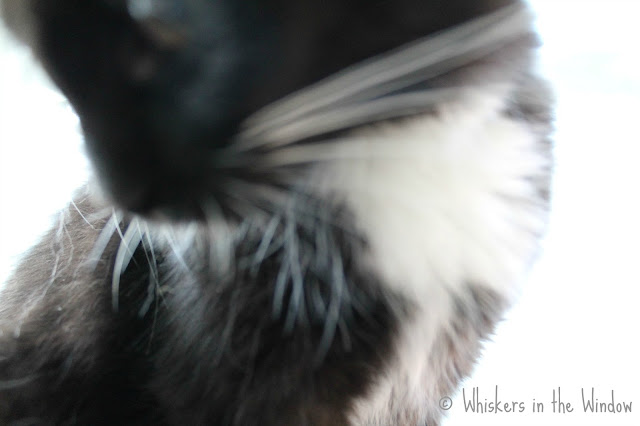 "A whisker shot would be exceptionally artistic." 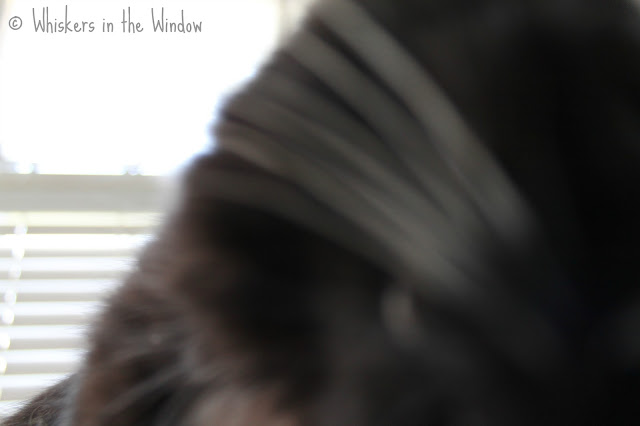 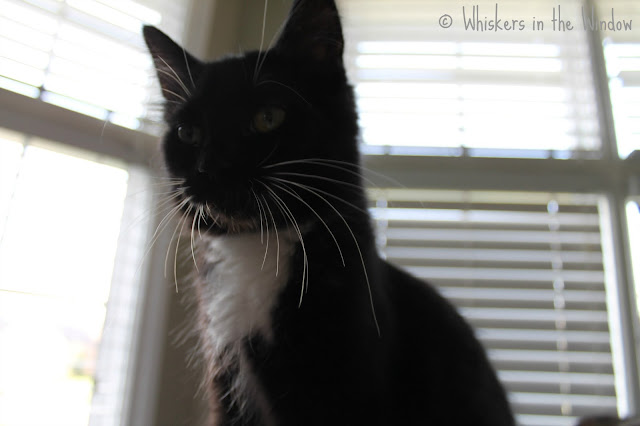 "And now Maxie will do regal. Keep clicking, Lady." 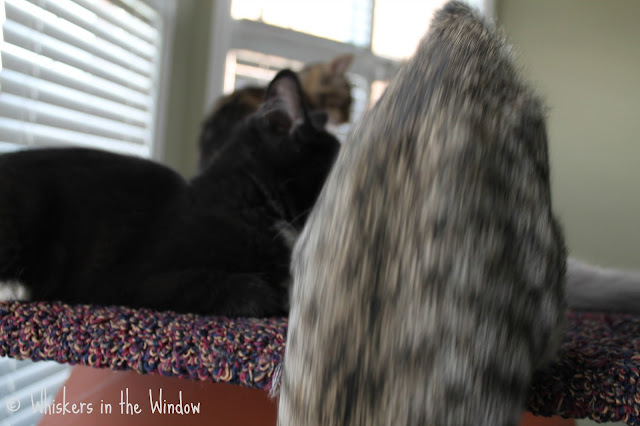 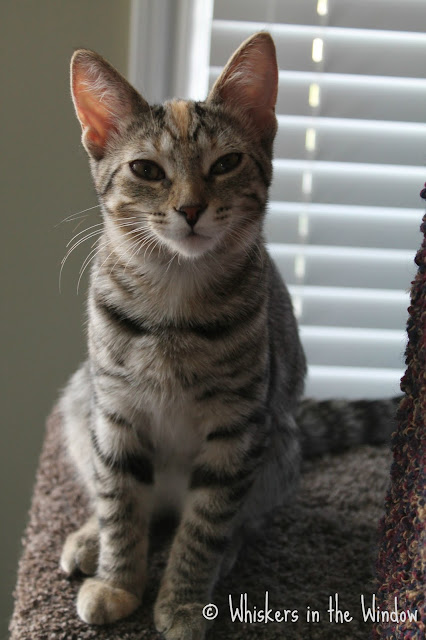 "Garnet doesn't play second banana to any one!" 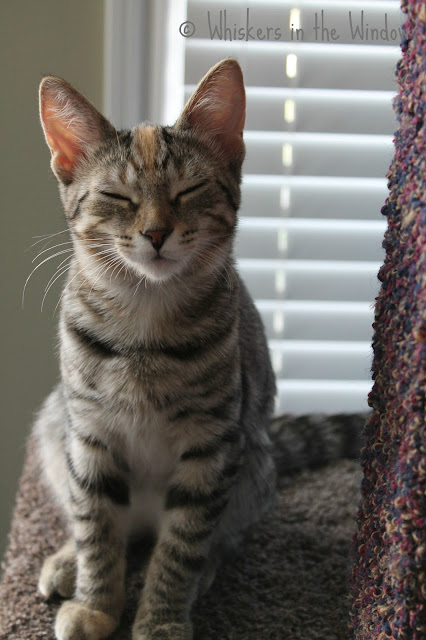 "Garnet is cute enough to be the star all on her own!" 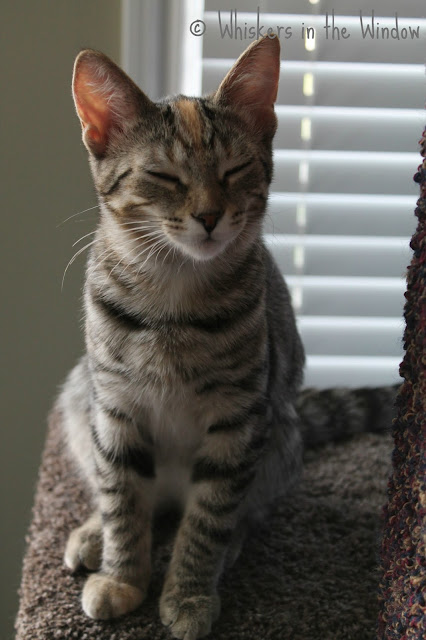 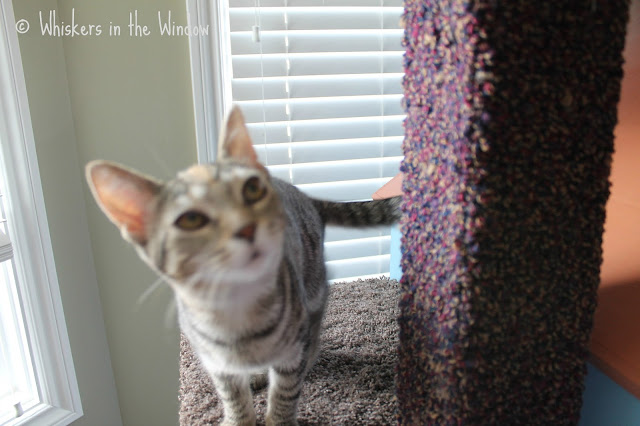 "Garnet will just rub figure eights on the Lady's ankles instead. She LIKES that!"
(She does. She really does.) 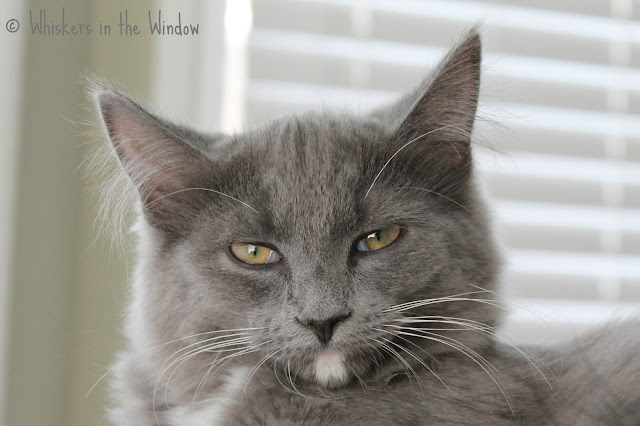 Quick update before we head into the weekend: I survived the madness intact (Hooray!) The kittens have had a great week. They're integrating, making friends, and learning to be social. Maxie, Belle, and Garnet are incredibly loving and attentive. They trip all over themselves to shower us with affection. Princess is more reserved, but no longer runs and hides. Miguel has been concentrating on healing. His eye is still a goopy mess, but much improved from where he was on Sunday. He's fussed and itched it to the point that he's given himself a tiny bald spot near his eye to go alongside the crusty slime. He's handsome enough to pull it off anyway. The best news? I've held him twice on Friday where I didn't have to chase him first (and he didn't hiss at me either!)

Garnet and Belle are appearing at a second adoption event this weekend. They got lots of interest last week but we're still waiting to make the right connection. If you think that you might have a special place in your heart and home for one or both of them (or just if you're interested in meeting internet celebrities), you can send me a message at teenytinytabbies AT gmail DOT com and I'll give you all the details.

I'll be back Sunday with the next round of news. Have a great weekend everyone!